#BookReview: The Huntress by Kate Quinn

DESCRIPTION:
From the author of the New York Times and USA Today bestselling novel, THE ALICE NETWORK, comes another fascinating historical novel about a battle-haunted English journalist and a Russian female bomber pilot who join forces to track the Huntress, a Nazi war criminal gone to ground in America.

In the aftermath of war, the hunter becomes the hunted…

Bold and fearless, Nina Markova always dreamed of flying. When the Nazis attack the Soviet Union, she risks everything to join the legendary Night Witches, an all-female night bomber regiment wreaking havoc on the invading Germans. When she is stranded behind enemy lines, Nina becomes the prey of a lethal Nazi murderess known as the Huntress, and only Nina’s bravery and cunning will keep her alive.

Transformed by the horrors he witnessed from Omaha Beach to the Nuremberg Trials, British war correspondent Ian Graham has become a Nazi hunter. Yet one target eludes him: a vicious predator known as the Huntress. To find her, the fierce, disciplined investigator joins forces with the only witness to escape the Huntress alive: the brazen, cocksure Nina. But a shared secret could derail their mission unless Ian and Nina force themselves to confront it.

Growing up in post-war Boston, seventeen-year-old Jordan McBride is determined to become a photographer. When her long-widowed father unexpectedly comes homes with a new fiancée, Jordan is thrilled. But there is something disconcerting about the soft-spoken German widow. Certain that danger is lurking, Jordan begins to delve into her new stepmother’s past—only to discover that there are mysteries buried deep in her family... secrets that may threaten all Jordan holds dear.

In this immersive, heart-wrenching story, Kate Quinn illuminates the consequences of war on individual lives, and the price we pay to seek justice and truth. 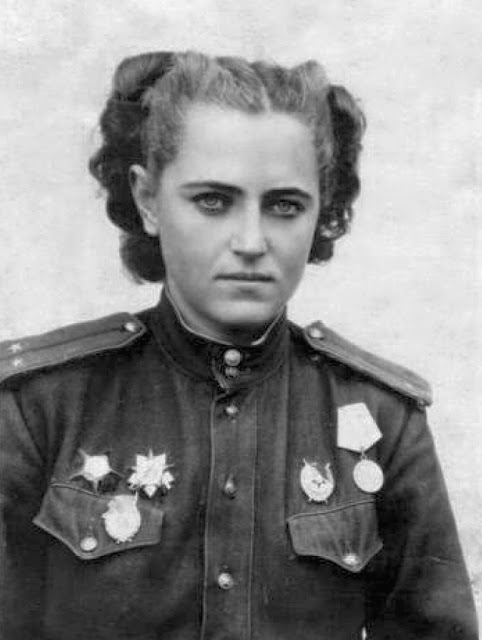 REVIEW:
Have you ever picked up a book and known before even cracking it open that you’re going to love it? That at some point, you’re going to fall through the pages of the text and be lost in the imagination of truly gifted storyteller? That’s how I feel every time I acquire a novel by Kate Quinn and The Huntress was no exception.

Be it the functional operation of a camera, a well-placed Russian expletive, the batting line-up of 1951 Boston Red Sox, or the sensation of cutting through the clouds in the cockpit of a biplane, no detail is too small for Quinn’s discerning eye. I’m willing to bet there are many readers who won't care a whit that Anna can drop her R’s like a Bostonian and won't give two cents for the mythological symmetry in Quinn’s referenced lake spirits, but I find such detail truly appealing and think it contributes a great deal to the immersive quality of the narrative.

Thematically speaking, the Nazi hunters’ pursuit of justice is thrilling enough and might have proved captivating on its own, but Quinn’s decision to pair it with the emotional scars the war left on those who survived it took my breath away. Ian, Nina, and even Anna carry a great deal of baggage and I found something very raw and authentic in how each tries to move forward in the post-war years.

Though they are not called out in the jacket description, I feel the romantic elements of the story are worthy of note. Ian’s falling in love with his own spouse touched my heart, but it was the relationship between Nina and Yelena that captured my attention. The passion and dedication that brings them together are astounding, but I felt the course of their story deeply both perceptive and poignant.

In sum, Quinn writes on a level few can match and The Huntress illustrates it every way. Be it the audacity of the Night Witches, the unsung heroism of war correspondents or the boldness of those who sought to rectify injustice while the world tried to forget the horrors of WWII, this book touches it all. A fast-paced and thrilling tale that captivates from the first page to the last.

“Cowardice doesen't exist, you know. Nor does bravery. Only nature. If you're the hunter, you stalk and if you're the prey, you run, and I am quite realistic enough to know that I have been the prey every since the war ended and the victors decided I was a monster.”