DESCRIPTION:
King Edward of England is dead. Edward’s son Harold, one of the potential successors, renounces his oath to yield the throne to William of Normandy. From that day forth, William will have no peace until his rightful claim to the throne is acknowledged. As the famous Halley comet soars across the heavens, giving rise to much speculation among the scholars of the time, William, Duke of Normandy, launches into the arrangements for the conquest that will change the face of England — one of the most formidable military expeditions History has ever seen.

This is a tale of ambition, broken oaths, battles, love, death and glory.

REVIEW:
1066: William the Conqueror by Patrick Weber is a beautifully drawn narrative adapted from the famed Bayeux Tapestry. The novel, like embroidery that inspired it, tells the story of the Norman Conquest and culminates in the epic Battle of Hastings.

I loved the idea behind this book, but I think this particular adaptation best suited to those already familiar with the material. I don’t mean to turn off potential readers, but Weber does not dwell on the development of either his characters or their conflict, which makes the narrative choppy and may be confusing to those experiencing the material for the first time.

The artwork is not striking, but pleasant enough and I liked the decision to recreate sections of the Tapestry at various points in the story.

DESCRIPTION:
For 170 years, Edward Fairfax Rochester has stood as one of literature's most complex and captivating romantic heroes. Sometimes cruel, sometimes tender, Jane Eyre's mercurial master at Thornfield Hall has mesmerized, beguiled, and, yes, baffled fans of Charlotte Brontë's masterpiece for generations. But his own story has never been told.

We first meet this brilliant, tormented hero as a motherless boy roaming Thornfield's lonely corridors. On the morning of Edward's eighth birthday, his father issues a decree: He is to be sent away to get an education, exiled from all he ever loved. Young Edward's journey will take him across working-class England and the decadence of continental Europe before he lands on the warm, languid shores of faraway Jamaica, where his inheritance lies.

That island, however, holds secrets of its own, and Edward soon grows entangled in morally dubious business dealings and a passionate, whirlwind love affair with the town's ravishing heiress, Bertha Antoinetta Mason. Eventually, in the wake of a devastating betrayal, Edward must return to England with his increasingly unstable wife to take over as master of Thornfield. And it is there, on a twilight ride, that he meets the stubborn, plain young governess who will steal his heart and teach him how to love again.

MR. ROCHESTER is a sweeping coming-of-age story and a stirring tale of adventure, romance, and deceit. Faithful in every particular to Brontë's original yet full of unexpected twists and riveting behind-the-scenes drama, this novel will completely, deliciously, and forever change how we read and remember Jane Eyre. 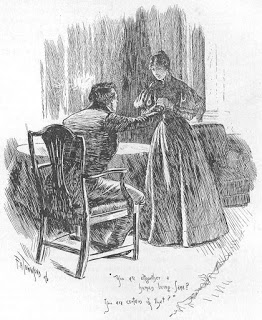 REVIEW:
I have nothing against Charlotte Bronte, but Jane Eyre is not my favorite classic. Jane’s marital struggles hit close to home, and I am more inclined to reference the novel in jest than I am to recommend its contents. All things considered, I probably should have avoided Sarah Shoemaker’s Mr. Rochester, but the novel’s premise proved too intriguing to ignore. I was curious, and there was simply no end to the questions that haunted my imagination. How would a woman write Jane’s iconic lover? How exactly did he fall prey to his father and elder brother? How would a female validate his deceit?

Unfortunately, many of the questions that drew me to the novel remain unanswered even after finishing the narrative. I enjoyed the male perspective and historical depth of the story, but can not deny the novel left me wanting. Mr. Rochester is an ambitious project and much like Mr. Darcy’s Diary and Rhett Butler’s People, there will be fans who adore it and others who find it flawed. I can’t and don’t pretend to speak for everyone, but I fall into the latter demographic in this instance as I felt the narrative failed to capture the spirit I feel Bronte meant her hero to possess.

In Jane Eyre, Rochester states, “When I was as old as you, I was a feeling fellow enough, partial to the unfledged, unfostered, and unlucky; but Fortune has knocked me about since: she has even kneaded me with her knuckles, and now I flatter myself I am hard and tough as an India-rubber ball; pervious, though, through a chink or two still, and with one sentient point in the middle of the lump. Yes: does that leave hope for me?... Of my final re-transformation from India-rubber back to flesh?" This essence is referenced once again in the final chapter when Jane relays that “When his first-born was put into his arms, he could see that the boy had inherited his own eyes, as they once were — large, brilliant, and black. On that occasion, he again, with a full heart, acknowledged that God had tempered judgment with mercy.” I may be alone in my assessment, but I feel these lines imply that Jane restored to Edward the generous, optimistic, and grateful nature that was stolen by the betrayal of those closest to him. This understanding gave rise to the expectation that any story based on Rochester's youth should feature the growth of that personality and the circumstances that crushed it. Shoemaker, however, felt differently.

Her version of Rochester’s life is stark, muted, and often mimics the experiences of his beloved Jane. In her eyes, Edward is a lonely and neglected child who turns into a lost and rather insecure young man. I respect that interpretations differ, but I felt Shoemaker’s approach weakened Rochester and the lessened import and influence that Jane’s affections afford in the original novel.

Jane does not appear until the final third of narrative, and their love affair is expanded very little by that which Shoemaker illustrates in the closing chapters. I will say that I appreciated Shoemaker’s treatment of Mrs. Fairfax, but like Bronte, I feel Shoemaker shortchanged Grace Poole, and while I liked what she attempted to do with Richard, I felt both illustrations could have been more intuitive and enlightening. I felt Edward’s relationship with his father and elder brother equally disappointing and was frustrated that the tension between them was so often muted by physical distance. The additional supporting cast left virtually no impression on me, but I will note a particular frustration with Gerald. Short of feeling superfluous to the narrative, I felt his scenes forced and unnatural. His existence was enough to serve Shoemaker’s purpose, and I could not help feeling his adult presence upstaged that of Richard in the latter chapters of the narrative.

When all is said and done, I do not feel Mr. Rochester allows any new understanding of Edward as it does not elaborate on his life, personality, or emotions beyond that of his original incarnation. The same can be said of the supporting cast, and while I feel there is merit in the historical scope of the novel, I am not sure that I could recommend it on other grounds.

at August 03, 2018 No comments:
Email ThisBlogThis!Share to TwitterShare to FacebookShare to Pinterest
Labels: 1800s, Historical Retelling

John Wilkes Booth, the mercurial son of an acclaimed British stage actor and a Covent Garden flower girl, committed one of the most notorious acts in American history—the assassination of President Abraham Lincoln.

The subject of more than a century of scholarship, speculation, and even obsession, Booth is often portrayed as a shadowy figure, a violent loner whose single murderous act made him the most hated man in America. Lost to history until now is the story of the four women whom he loved and who loved him in return: Mary Ann, the steadfast matriarch of the Booth family; Asia, his loyal sister and confidante; Lucy Lambert Hale, the senator’s daughter who adored Booth yet tragically misunderstood the intensity of his wrath; and Mary Surratt, the Confederate widow entrusted with the secrets of his vengeful plot.

Fates and Traitors brings to life pivotal actors—some willing, others unwitting—who made an indelible mark on the history of our nation. Chiaverini portrays not just a soul in turmoil but a country at the precipice of immense change. 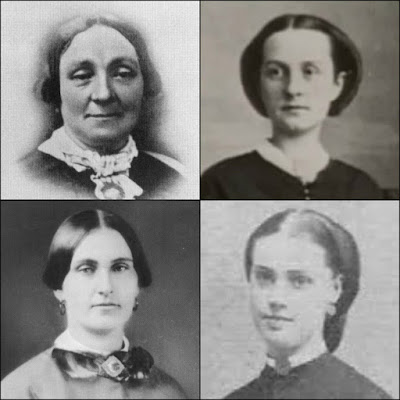 REVIEW:
I’ve grown somewhat wary of dedicating my time and energy to novels by Jennifer Chiaverini. I mean no offense to either the author or her fan base, but I found both The Spymistress and Mrs. Lincoln Rival poor fits for my tastes. I respect that there are readers out there who appreciate Chiaverini’s brand of storytelling, and I am genuinely thrilled that they enjoy her work, but I resolved to steer clear. That is until I stumbled over a copy of Fates and Traitors.

I’ve studied John Wilkes Booth in the past, and there is no shortage of fiction dedicated to his heinous crime, but this volume was different. From the description, I knew the novel was about Mary Ann Holmes, Asia Booth, Lucy Lambert Hale, and Mary Surratt, but Booth connected these women and had to have a significant presence. Could Chiaverini sidestep writing the winner's history this go-round? I’m not above admitting that authors have surprised me in the past, and I actually love seeing writers grow and develop, so I determined to break my self-imposed rule and set out to discover if I needed to order myself a heaping helping of humble pie.

As it turned out, no order was necessary, but I think it important to note that despite my general disappointment, there were elements of the story that I actually liked. The prologue was written from John’s perspective, and I felt it wonderfully written. Chiaverini’s exploration of Booth and his emotions in his final hours left me in absolute awe. I was blown away and honestly wish the author had dropped the woman entirely and spent the whole of the narrative following Booth’s relationships from Booth’s point of view. I also developed am appreciation for Lucy, whose relationship with John struck me as the most authentic and relevant of the novel. I also enjoyed the ideas and themes that Chiaverini presented in Lucy's chapters of the narrative.

I was less impressed with Chiaverini’s representation Mary Ann and Asia. Neither are shown to have had a particularly deep relationship with John, and I could not help feeling their stories superfluous. Most of their interactions with Booth take place at a distance, and I honestly wish Chiaverini had cut them entirely. Mary Surratt also struck me as stereotypic and superficial characterization.

At the end of the day, I felt Fates and Traitors unbalanced. The fact that that women were not equal influences in John’s life made it difficult for me to appreciate their roles in the narrative. The fact that I thought the strongest conflict of the novel was the rivalry between Edwin and John did not help matters as that relationship could not be explored with in-depth by the women who existed in its shadow. These women shared a common association, but their stories don't flow thematically, a fact which gave the narrative a forced quality that didn't appeal to my tastes.