DESCRIPTION:
In this engrossing novel of historical suspense, New York Times bestselling author Alison Weir tells the dramatic intertwined stories of two women-Katherine Grey and Kate Plantagenet-separated by time but linked by twin destinies . . . . involving the mysterious tragic fate of the young Princes in the Tower.

When her older sister, Lady Jane Grey, the Nine Days Queen, is imprisoned and executed in 1553 for unlawfully accepting the English crown, Lady Katherine Grey's world falls apart. Barely recovered from this tragic loss she risks all for love, only to incur the wrath of her formidable cousin Queen Elizabeth I, who sees Katherine as a rival for her insecure throne.

Interlaced with Katherine's story is that of her distant kinswoman Kate Plantagenet, the bastard daughter of Richard III, the last Plantagenet king. In1483, Kate travels to London for Richard's coronation, and her world changes forever.

Kate loves her father, but before long she hears terrible rumors about him that threaten all she holds dear. Like Katherine Grey, she falls in love with a man who is forbidden to her. Then Kate embarks on what will become a perilous quest, covertly seeking the truth about what befell her cousins the Princes in the Tower, who may have been victims of Richard III's lust for power. But time is not on Kate's side, or on Katherine's.

Katherine finds herself a prisoner in the Tower of London, the sinister fortress that overshadowed the lives of so many royal figures, including the boy princes. Will Elizabeth demand the full penalty for treason? And what secrets will Katherine find hidden within the Tower walls?

Alison Weir's new novel is a page-turning story set within a framework of fascinating historical authenticity. In this rich and layered tapestry, Katherine and Kate discover that possessing royal blood can prove to be a dangerous inheritance.

Alison Weir is the New York Times bestselling author of the novels Innocent Traitor and The Lady Elizabeth and several historical biographies, including Mistress of the Monarchy, Queen Isabella, Henry VIII, Eleanor ofAquitaine, The Life of Elizabeth I, and The Six Wives of Henry VIII. She lives in Surrey, England with her husband and two children. 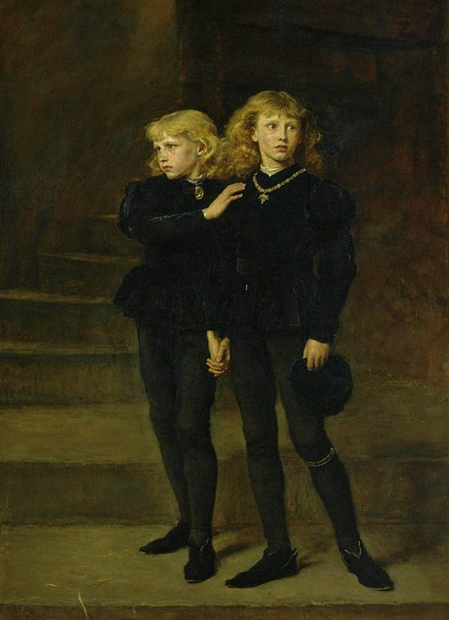 REVIEW:
I’ve had Alison Weir’s A Dangerous Inheritance on my kindle since late 2012. A victim of the Tudor flood, I mentally shelved the novel for no other reason than I couldn’t fathom taking in another tale set in Henry VIII’s court. Truth be told, I’m still hesitant of such titles, but as I am making a serious effort to get through my older books this year, I bit the bullet and jumped in.

The obvious question here is how did I fare, and I’m happy to report I wasn’t disappointed. I read two novels by Weir in 2011 and wasn’t impressed with either, but this story appealed to my tastes and kept my attention beginning to end.

The subject matter draws natural comparison to Elizabeth Freemantle’s Sisters of Treason, Karen Harper’s Mistress of Mourning, and Robin Maxwell’s To the Tower Born. Still, I felt Weir struck fresh ground with Katherine Plantagenet, the little chronicled illegitimate daughter of Richard III. The historical parallel Weir created between the Grey sisters and the Princes in the Tower tickled my imagination, and I enjoyed the ideas it fostered.

That said, the story felt a little drawn out, and I found the dialogue less mature than necessary, and while I’d have no trouble recommending A Dangerous Inheritance to fans of Tudor fiction, I feel it falls on the lighter side of the historical fiction spectrum and would likely direct those with meatier tastes elsewhere.