DESCRIPTION:
All Jane Seymour wants is a husband; but when she catches the eye of a volatile king, she is pulled deep into the Tudor court's realm of plot and intrigue....

England. 1535. Jane Seymour is 27 years old and increasingly desperate for the marriage that will provide her a real place in the world. She gets the perfect opportunity to shine when the court visits Wolf Hall, the Seymour ancestral manor. With new poise born from this event, it seems certain that her efficiency and diligence will shine through and finally attract a suitor.

Meanwhile, King Henry VIII is 45 and increasingly desperate for a son to secure his legacy. He left his first wife, a princess of Spain, changing his country's religion in the process, to marry Anne Boleyn -- but she too has failed to deliver the promised heir. As Henry begins to fear he is cursed, Jane Seymour's honesty and innocence conjure redemption. Thomas Cromwell, an ambitious clerk who has built a career on strategically satisfying the King's desires, sees in Jane the perfect vehicle to calm the political unrest that threatens the country: he engineers the plot that ends with Jane becoming the King's third wife.

Jane believes herself virtuous and her actions justified, but early miscarriages shake her confidence and hopes. How can a woman who has done nothing wrong herself deal with the guilt of how she unseated her predecessor? 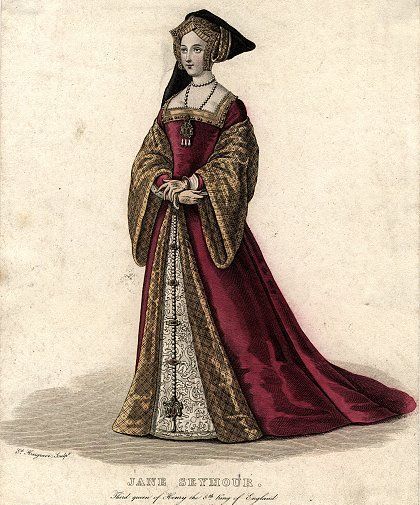 REVIEW:
When presented the opportunity to read Janet Wertman’s Jane the Quene, I found myself asking two very distinct questions: “Could this author bring fresh perspective where the Tudors are concerned?” and “What caused the ‘n’ to cut the line in the novel’s title?” The story satisfied my curiosity on both counts, and while I’m sorely tempted to spout the sort of vague praise that inspires quick purchase, I feel doing so would be a disservice to the material as the book has so much to recommend it.

The title takes its spelling from Jane’s signature. I mention this not to patronize those who, like myself, rarely consider original spellings, but to illustrate Wertman’s dedication to accuracy. This is an author who is fiercely passionate about her subject matter and respects that even the smallest details merit her attention. Wertman’s awareness of the world her characters knew is evidenced in everything from the contents of a Tudor era kitchen garden to the potential double meaning in an arrangement of a bowl of fruit, a fact which in and of itself greatly enhanced my experience of her work.

Wertman’s Jane is pure of heart, but she has a spirit and the fortitude to flirt with the flame despite intimately understanding how intensely it burns. She is not a pawn though she’s willing to let others believe it of her, and she is not a siren bent on appealing to Henry’s baser instincts. She is a relatable and deeply intuitive soul who, in a court famous for its intrigues and conspiracies, stands as a woman of admirable conviction.

Wertman’s Henry VIII is also noteworthy. He is not void of arrogance, but he lacks the overt cockiness, and raw sexuality so often attributed him. Wertman’s Henry is a man who can conceivably tempt six women to the marriage bed, and I found much to appreciate in her approach. His historical reputation is larger than life, but between these pages, Henry exists as a man. A conflicted, volatile, and passionate man, but a man just the same.

Finally, I want to note my admiration for the structure of this novel. Wertman uses Jane’s limited tenure as Henry consort to her advantage by heading each section with both the date and time. The end result creates a sense of urgency even for those aware of Jane’s fate, and I liked how that engaged my imagination over the course of my reading.

at May 01, 2019
Email ThisBlogThis!Share to TwitterShare to FacebookShare to Pinterest
Labels: 1500s, Biographic Fiction