#AuthorInterview: Historical Fiction Interview with Sean Poage, author of The Retreat to Avalon 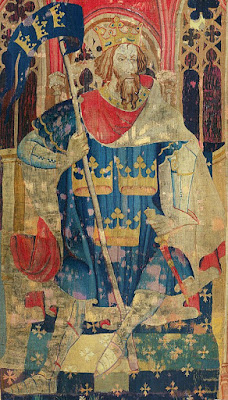 Welcome to Historical Fiction Reader, Sean. It’s a pleasure to have you with us. To start things off, please tell us a bit about The Retreat to Avalon.
Thank you so much for inviting me. The Retreat to Avalon is the first novel in a historical fiction trilogy about the actual people and events behind the legends of King Arthur. Rather than the well-known stories of Arthur, Lancelot, and so on, which are all from French novelists in the middle ages, I use the older Welsh legends, actual history, and a lot of research to show who a real King Arthur may have been. Instead of a dry history book, though, it’s written as a novel, so the reader can immerse in the adventure in this Dark Ages era.
As a storyteller, what attracted you to the Arthurian legends?
I’ve always been fascinated by the stories that make up history. They’re really about people. Even more so, I’m drawn to the more obscure eras, and the British “dark ages” are pretty obscure.
The Arthurian legends have a foundation in history, but there is a lot of disagreement in what makes up those foundations. I was intrigued by the theory of historian Geoffrey Ashe, and the book began as a way to imagine how it might have worked out within the historical context as we know it.
How did you find balance between folklore and history in your adaptation of the material?
People thought The Illiad was only folklore until the discovery of Troy. I believe much of what is considered legend or folklore today has some seed of truth lost in time. Unfortunately, much of the historical record of Britain in the Arthurian era is lost, but there are clues. Some come from continental sources, others come from snippets of Old Welsh poems and records. I was surprised how many seemingly unrelated pieces actually began to fit together as the story wrote itself.
What historical and archaeological resources helped you bring Arthur’s world to life on the page?
There are so many! I probably won’t make back the money I’ve spent on research books and such. I give a shortlist of some of the most important ones in the acknowledgments at the end of the book, and a more comprehensive list on my website. I also learned so much from historians, archeologists, linguists, and others through groups on social media. So many have been very helpful.
Do you have a favorite scene in The Retreat to Avalon?
That would be hard to pick out. Perhaps some of the humorous scenes, but I’d hate to give spoilers. Well, one image comes to mind, and anyone who has read the book will recognize it, so I’ll keep it vague, but it’s the scene leading up to and through where Arthur and his men are sitting on their horses in the shadows beyond the light of the watch-fires.
Did any scene in The Retreat to Avalon challenge you as a writer?
Probably the most challenging scenes to write were the battle scenes. Making sure the reader gets a sense of the ebb and flow of the overall conflict without getting lost in details; all while letting the reader be immersed in the character’s place in that battle.
But, really, the biggest challenge, and also the most fun, was taking these ancient legends and seeing how they could fit within the boundaries of known history. It was like detective work, because I refuse to “tweak” history to fit the story. I need a plausible reason for everything I write.
Authors are often forced to make sacrifices when composing their stories and I always wonder what ended up on the cutting room floor. Is there a character, scene, or concept you wish you could have spent more time on while writing The Retreat to Avalon?
Because this book started out as a way to show how Geoffrey Ashe’s theory could have played out, I started sort of at the midpoint in the overall story of Arthur: the buildup to, through and the aftermath of a historical event. Because of that, this book focuses heavily on this one year, and an army on the move. I wasn’t able to delve as deeply as I wanted to into some of the great female characters and how they impacted things. Luckily, they become much more prominent in books two and three. And I have been writing some short stories that fill in some background details that I offer free to anyone who asks. 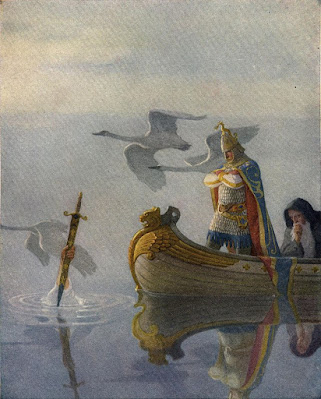 If you could pick a fantasy cast – anyone at all, living or dead, at any point in their careers- to play your characters in a big-screen adaptation of The Retreat to Avalon, who would you cast?
Oh, that is tough. I am not great at naming actors and actresses. There are others who I am sure could do much better, but I’ll give it a shot. These would require the actors to be at the right age point, of course…

Eric Bana, Benedict Cumberbatch, Karl Urban, Liam Neeson, Dominic Monaghan. You and I have similar tastes in movies.
What do you hope readers take from their experience of The Retreat to Avalon?
I hope, first, that they enjoy it and feel immersed in this world that is so far removed from our own. I also hope that it feels real and sparks an interest in the legends and history of the time.
What’s next for you? Any new writing projects in the wings?
I’m nearly done with the second book in the series, called The Strife of Camlann. It follows on and shows the consequences of what happens in the first book. Then I’ll begin the third book in the series, The Three Terrible Revelations. This book is sort of a prequel, going back to before Arthur and showing his rise to power leading up to the events of The Retreat to Avalon. It’s out of order, but there are some surprises that would have spoiled books 2 and 3 if I just went chronologically.

About Sean Poage:
A little about me? Well, my life has been anything but boring.  I grew up moving around a lot and joined the Army after high school because I had no clue about what to do with my life, and I didn’t want to end up living in a van down by the river. (Anyone else chuckle at that reference?)
I was a Military Policeman in the Army, with a tour in Germany and Ft. Bragg, working in law enforcement, field training, and even a stint in Germany as an undercover drug investigator.  Little side “trips” included Honduras, Saudi Arabia and Iraq for Desert Storm, Cuba back during the Haitian Refugee Crisis, and a few others.  After my tour, I left the Army and became a police officer in Florida, where I was a patrolman, a gang investigator and a SWAT officer.  It was fun for a while, but I needed a change, and so I left the force, got a Bachelor of Science in Computer Networking and started a new career as a computer geek.  Better pay, better hours, and I haven’t been to the Emergency Room once.
I ended up getting back into the Army, in the Reserves, and had a couple more trips to Iraq.  The second time as an investigator, and the last time as a specialist in Improvised Explosive Device (IED) investigations.  My job was to write and teach a course on bomb scene investigations for the Iraqi Police, Federal Police and Army.  It was the most fulfilling job the Army ever gave me.
These days I work at my job in the tech world, write when I can, and spend the rest of the time with my family, which usually means chores and home improvement projects.  Every now and then we get out for a motorcycle ride, or a hike in the beautiful Maine outdoors.  Travel is our passion, and we’ve seen some pretty cool places, but many more are on the bucket list.

at December 08, 2020 No comments:
Email ThisBlogThis!Share to TwitterShare to FacebookShare to Pinterest
Labels: Author Interview

About Elizabeth Bell:
Elizabeth Bell has been writing stories since the second grade. At the age of fourteen, she chose a pen name and vowed to become a published author. That same year, she began the Lazare Family Saga. It took her a couple decades to get it right. New generations kept demanding attention, and the saga became four epic historical novels.
After earning her MFA in Creative Writing at George Mason University, Elizabeth realized she would have to return her two hundred library books. Instead, she cleverly found a job in the university library. She works there to this day.
Elizabeth is an active member of the Historical Novel Society, and she loves chatting with fellow readers, writers, and history buffs. Visit her at elizabethbellauthor.com